“Game of Thrones”: Not Just a Cult Hit! 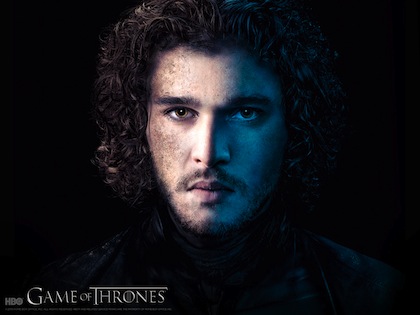 Earlier this week, HBO announced that it was renewing its hit series “Game of Thrones” for a fourth season… only days after the Season 3 premiere! This is great news for its millions of fans, and comes as a surprise to no one!

The show was bound to be a hit purely on its built-in fanbase – that is, fans of the A Song of Ice and Fire book series by George R.R. Martin. The show probably would have still been a hit thanks to those guys alone, but since its debut in April 2011, it has reeled in tons more viewers who never even heard of the books and turning them into diehard followers of the saga of the Lannisters and Starks!
The YH Studio has played host to a few “Game of Thrones” players in the past year, including Jon Snow, Lancel Lannister, Jaime Lannister, and Margaery Tyrell… AKA Kit Harington, Eugene Simon, Nikolaj Coster-Waldau, and Natalie Dormer, respectively. “Game of Thrones” doesn’t boast a huge amount of household names – but the talent can’t be denied, and the show has made stars out of much of its cast. We can’t wait to see what’s to come for this phenomenal show and the phenomenal people involved!