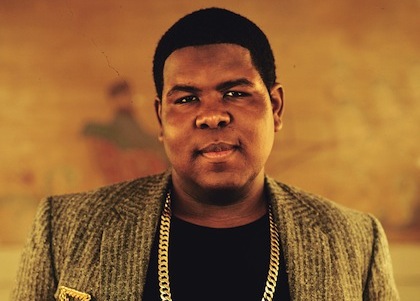 Now that Macklemore is skyrocketing to fame, he’s bringing his crew with him… And that’s great news not only for his partner in crime Ryan Lewis but also for a young man named Ray Dalton. At only 21 years old, Dalton has been singing gospel since the age of six, and he was already pretty well-established on the choir circuit and was just starting to dabble in the hip hop genre once Ryan Lewis and then Macklemore got to him and made him an offer he couldn’t refuse… And now, “Can’t Hold Us”, is blowing up on radios all over the country!

Although Dalton has been making his name in gospel, he grew up with and was influenced by a number of different artists from just about every genre, and his rising stature in the music industry means more opportunities to not only explore other types of music but collaborations with all different kinds of fellow artists. But soon it will be time for him to step out on his own. He’s already started doing so with a track called “So Emotional”, and he’ll soon be releasing his own solo project, The Dalton Show.

If “Can’t Hold Us” is any indication, we’ll be seeing Ray Dalton, like so many other songwriters and collaborators, emerge from under Macklemore’s shadow to become a household name all on his own! Check out the brand new, just-released video for “Can’t Hold Us” below!